It's a new week and that means a new color in the 52 Weeks of Color Challenge!  I really thought that this would be a super easy color to do since I looove black but, yea, not so much unfortanately.  Like a few other's posts I've seen I think my problem was I own to much black and couldn't rule it down to just one piece.  But then I found this little black number is a pack of new releases from Absolution and knew that was the one.  Matched with the Shane Ruffle Heels that Absolution had out for Lazy Sunday and perfection.  Hope you like as well! Poses from Croire - Rapunzel, let down your hair pack
Posted by Unknown at 9:19 AM 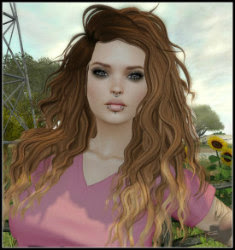